Spend an entire day at Tabriz exploring one of the important cities of Iran, the capital city of Safavid dynasty. Walk into Tabriz Historic Bazaar Complex, one of the oldest bazaars in the Middle East and the largest covered bazaar in the world. Visit the old Armenian Monastic Ensembles of Iran designated on UNESCO World Heritage Sites; visit the extraordinary ancient Troglodyte Village of Kandovan.

Tabriz is one of the Iran’s old capitals. After early breakfast, we explore the highlights of Tabriz, like Azarbaijan museum, Blue Masque, Municipality palace, and the Tabriz Historic Bazaar Complex (UNESCO World Heritage Site), the largest covered bazaar in the world on Silk Road.

The most famous Iranian cuisine is Chelo Kabab, The most delicious type is served in Tabriz, so we will go to taste the most unique chelo kabab in the whole of Iran in the traditional covered bazaar of Tabriz. Depending on timing, we may spend the night walking in El-Goli Park and breathing deeply in the scents of fragrant flowers.

After breakfast, we start third day of our trip by almost 3 hours’ driving via scenic northwest of Tabriz to Ardabil.  Ardabil is also known as the one of a World Heritage Site: the Ardabil Shrine, tomb of Shaikh Safî ad-Dîn, eponymous founder of the Safavid dynasty.  We start our Ardabil City Tour with Sheikh Safiodin Tomb. The most famous Sufi Master in Iran. After this sight, we will visit the Ardabil Museum. Then we have a transfer to Safavid Bridges in Ardabil and also Shoorabil Lake in this city. For end part of our trip, we have some free time in Ardabil Bazaar. After that we will drive to Sareyn.

The Sareyn springs are near an inactive volcano in mount Sabalan and its water contains sulphur particles and it is believed that it is good for bone and joint pains. Sareyn is also famous for its 'Ashe Doogh' (Yogurt Soups), it is not uncommon for many of the local shops to be seen selling and preparing this soup. There are 9 hot springs in Sarein,

with 'Gavmesh Goli' being the hottest, with water reaching 67 degrees, and turning out around 80 liters per second from the source. Other springs are A'saab, Sari Soo, General, Qahveh Sooi, Pehenli Soo... After dinner return Tabriz.

Free for sightseeing in Tabriz and or purchase one of the following optional tours.


Private Tour (without time limit on the launch)

In nature trips in case of climate changes and bad weather, changes in accommodation and programs may occur

The booking process of the hotel starts upon receiving the flight details.

Changes in the hotels may occur

As the executive of nature tours in Iran & Globe, we have assumed our responsibility & role so seriously, know the tourism effect on our surrounded environment & local society, and try to plan & operate our tours in accordance with this foreground thought; For, we believe that the tour executive has a great effect on the means of transferring his/her experiments, to guarantee both the passengers health & environment conservation.

A deposit of 30% is required when booking this tour. The remaining balance will be charged 45 days prior departure. For any bookings within 45 days of departure, the full tour amount will be charged upon booking.

Free cancellation up to 45 days prior departure, but the 20% deposit paid is non-refundable. No refund applicable within 45 days of departure.

We use good quality 4 star and 5 star hotels in this tour. In some cities local star ratings may vary slightly from international standards. Accommodation is based on double or twin en-suite rooms with air conditioning. All couples will have a private double room. Single travelers may choose to pay a single room supplement to guarantee themselves a single room throughout the tour. Alternatively, they may choose to share a twin room with another traveler of the same sex. If there are no other single travelers available to pair up with at the time of your booking, then we will add the single supplement to the tour price, but will refund this or deduct it from your balance payment if we are able to pair you up later on.

In your trip we use private AC Van, Middle Bus or Bus throughout this tour, subject to the final size of the group.

The tour includes a 24-hour airport meet & assist service in Tehran and Shiraz International Airport, your arrival and departure airport-hotel transfers and all other transfers.

Prices listed are on a per person basis, sharing accommodation (unless otherwise stated).Prices do not include international flights.
Most tours are based on customers sharing twin-bedded rooms. If you book as an individual, you will be roomed with someone of the same sex. However, on many tours we offer the opportunity to pay a supplement to pre-book a single room.


The tour price includes entrance fees to all the tourist sites mentioned in the itinerary. You will need to cover the cost of entrance to any other extra sites that you may wish to visit.

If you would like to book a place on this tour, please complete the online reservation form on our website. We will then contact you with more details about how to complete your booking. Payments may be made by making a bank transfer. Full details will be provided in your booking confirmation email. Please contact us if you would like any more information or have any questions before making a booking.

Passports should be valid for at least six months after your departure from the country. Please do not bring an almost full or almost expired passport. Visa arrangements are the responsibility of the traveler. For more information about how to get an Iranian visa please visit this page.

Please prepare 12.00 euro for compulsory health insurance fee at Iran Airport. Please always remember: Pay with an exact cash amount. Credit cards are not accepted for payments made in Iran.

What Women Tourists Can Wear in Iran?
Generally, women have to wear clothing that conceals their body parts. In Iran you can see most women wearing “mantou” that might be in different colors and even tight or short. Your other choice can be “tunics” and pants. If you would prefer to wear a skirt, it should be at least mid-calf or longer, with nontransparent, darkish hosiery underneath. Ankle length skirts are unusual but acceptable. There is no problem with wearing skinny jeans and high boots but avoid Carpi pants, they are too short and not acceptable. Open toed sandals with nail polish are fine. 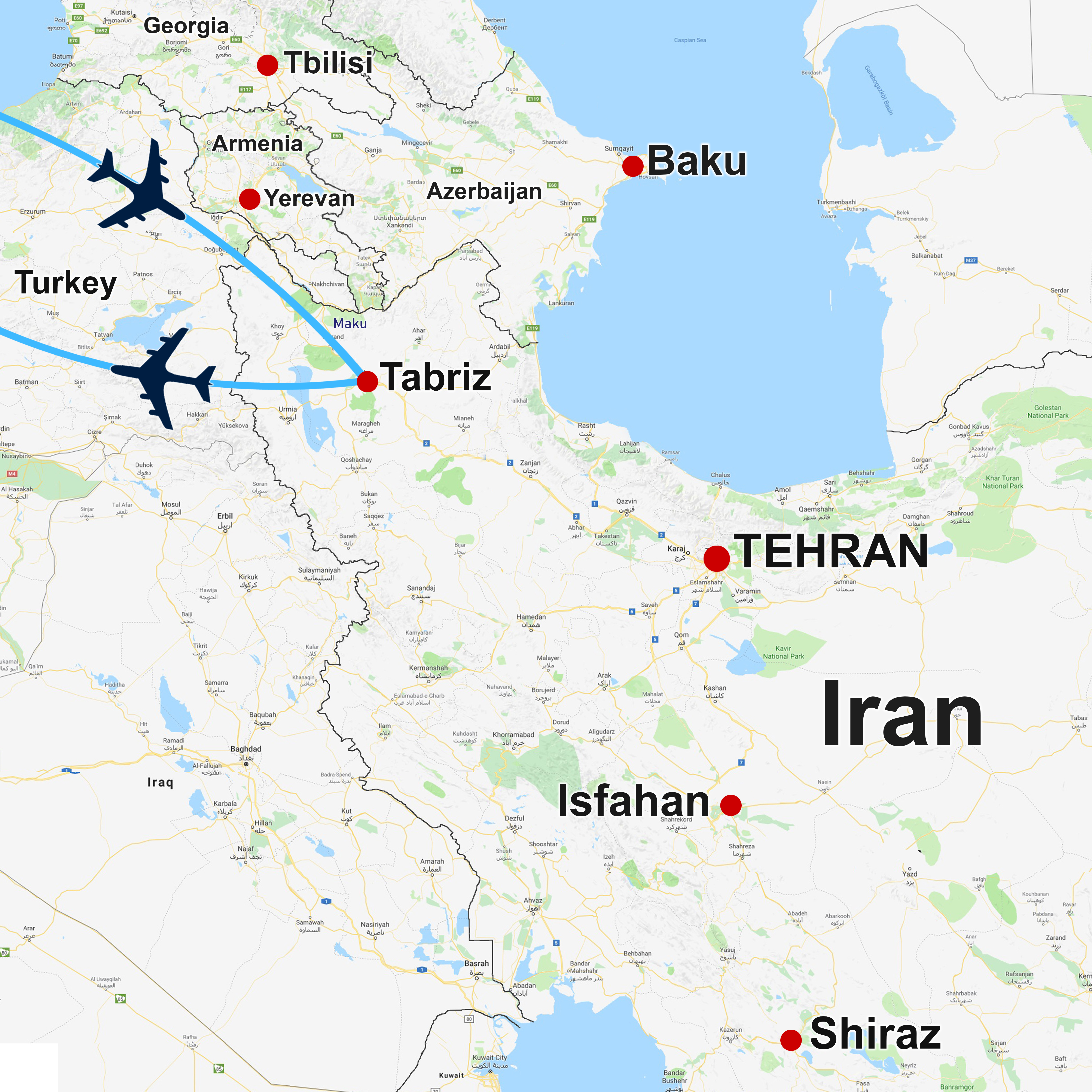 Services of an experienced Iranian tour guide throughout the tour

entrance tickets according to the travel plan

Items of a personal nature such as laundry or phone calls

Tips to guides and drivers